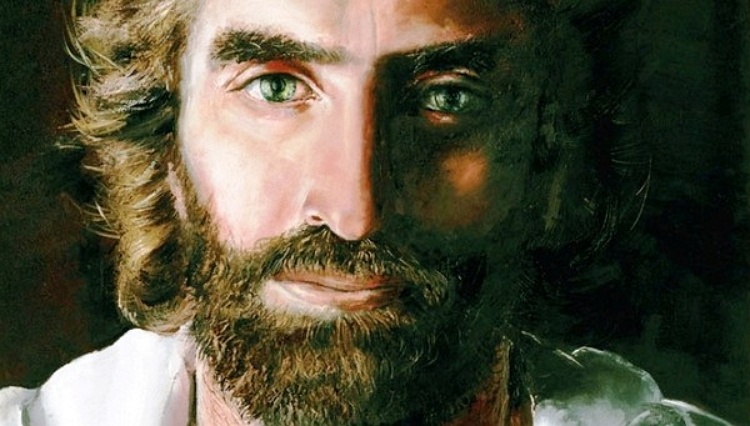 For more than 10 years, Akiane Kramarik woke up at 3am every morning to gather her thoughts and to begin creating another one of her visions. Then, Culton Burpo, the boy who fell terribly ill and went to heaven during surgery where he saw Jesus, God, deceased relatives who died before he was even conceived and lots more, when he saw Akiane Kramarik painting of Jesus Christ titled Prince of Peace, he declared it to be the only one that ever captured what Jesus looks like.

Both Culton Burpo and Akiane had their experiences at such a tender age of 3 and 4 respectively. For Akiane, it wasn’t just one experience. She claims to have had several visions and visits with Jesus. Culton Burpo, according to the movie Heaven is for Real that emerged from his story, saw other portraits of Jesus but insisted that it was Akiane’s portrait that closely captured what Jesus truly looks like.

Akiane was born at home underwater, on July 9, 1994, in Mount Morris, Illinois, to a stay-at-home Lithuanian homemaker mother and an American father, chef and dietary manager.

Akiane – whose name means ocean in Lithuanian – and her siblings were homeschooled for the most part and they had no television and few books, so when she began telling her family about seeing visions at age four, they were fairly certain what she was experiencing was not a result of outside influences. Her parents chose to support their daughter, which probably played a part in her prolific works.

Akiane began to sketch and write poetry at age four, advanced to painting at six and writing poetry at seven. Her first completed self-portrait sold for $10,000 after she was discovered by Oprah Winfrey. A large portion of the money generated from art sales is donated by Kramarik to charities. According to Akiane, her art is inspired by her visions of heaven and her personal connection with God. “I am a self-taught painter,” she told Children’s Digest. “God is my teacher.”

Akiane explained to her family that God gave her the visions and abilities to create her artwork and poetry, which must have come as quite a shock since both her parents were atheists at the time. They later converted to Christianity on account of Kramarik’s paintings and visions. More than art was happening in their home. “Simultaneous with art was a spiritual awakening,” Akiane’s mother, Forelli Kramarik, told Christianity Today. “It all began to happen when she started to share her dreams and visions.”

Once, according to an article in New Connexion magazine, Akiane was staring off into space, with a smile on her face and a twinkle in her eyes. Asked what she was doing, she simply answered, “I was with God again, and He told me to pray continually. He showed me where He lived. I was climbing transparent stairs; underneath I saw gushing waterfalls, and as I was approaching Him, His body was pure and intense light.

“What impressed me the most was His hands – they were gigantic! I saw no bones, or veins, no skin or blood, but maps and events. Then He told me to memorize thousands upon thousands of wisdom words on a scroll that did not look like paper, but more like intense light. And, in a few seconds, I got somehow filled up. From now on I will get up early to paint. I hope one day I’d be able to paint what I was shown.”

Although she was three at the time, she’ll always remember God’s first message to her. “He said, ‘You have to do this, and I’ll help you.’ He said, ‘Now you can help people.’ I said, ‘Yes, I will.’ But I said it in different words in my mind. I speak through my mind to Him,” she told Christianity Today.

When asked how she knows that it’s God who is speaking to her she said, “Because I can hear His voice….quiet and beautiful.”

Akiane was always consumed with the faces of subjects she painted, and she found that when she prayed the right vision always appeared. When she wanted to paint Jesus, however, she spent a year mulling over her model. Finally, she asked her entire family to pray with her. The next day, a giant of a man came to her door looking for work. He was a carpenter.

Akiane immediately knew this man would be her model for her painting of Jesus. Initially the carpenter agreed, but he changed his mind. “He said that he wasn’t worthy to represent his Master,” Akiane told Christianity Today. “He’s a Christian, and he’s a humble person. But I prayed that God would change his mind and that he would call back.”

The carpenter – who wishes to remain anonymous – did call Akiane back, saying that God wanted him to pose for the painting, resulting in the Jesus paintings Prince of Peace andFather Forgive Them.

The painting is startling. The eyes are loving and patient, but also piercing and fierce. He is beautiful. In fact, when Colton Burpo, the little boy who says he went to heaven at age three (see articles Part One and Part Two), saw the painting, he declared it to be the only one that ever captured what Jesus looks like. There have been many paintings since that one, though Prince of Peace is probably her most famous.

People may wonder, “Why did Jesus choose to contact Akiane?”

“I have been blessed by God,” she said simply. “And if I’m blessed, there is one reason and one reason only, and that is to help others. I am donating a big portion of money to charity and to combat poverty,” she said. “I want to help people. I want people to find hope in my paintings and draw people’s attention to God.”

Now at 20 years old, she’s gone on to publish best-selling books and paintings which are valued at millions of dollars.

Having lived and explored more than 30 countries with her family, they’ve finally decided to settle down in Australia with hopes of opening up a gallery and and an international arts academy for aspiring artists. She’s also met the likes of TV host Craig Ferguson and former anchor of Good Morning America Diane Sawyer.

Talking about meeting Oprah Winfrey and her influence on her career, she said:

“I was so young then plus I didn’t grow up with TV, so had no idea about what kind of person Oprah was, It was only after I came off her show that I understood how influential she was as it really opened up a path for me.” 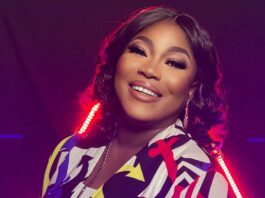 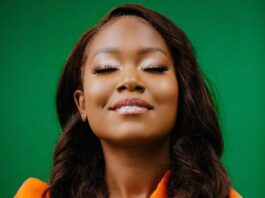 From Witchcraft To Evangelism! The Story Of Nia-Cerise Conteh Will Inspire... 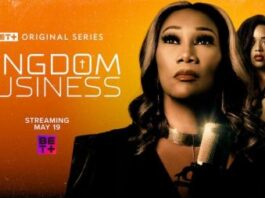