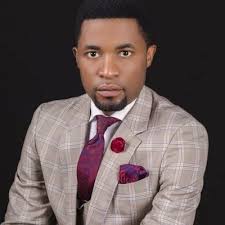 Veteran preacher Apostle Michael Orokpo has shared his experience after returning from missions in Pakistan. He is a Nigerian gospel preacher and evangelist. He is well known for his spirit filled messages and his healing ministry.

Michael Orokpo said when he applied for pakistan visa, he noticed the nation was called the Islamic Republic of Pakistan. He also stated that you would literally feel fear, terror on entering the country at the airport of Pakistan.

“I just flew into the nation of Pakistan, and I saw fear, I saw terror, I saw evil of the highest order.”

He said, he had to enter the land as a philanthropist and a tourist because in the land, you cannot enter as a preacher, so he had to disguise to get into the nation.

Apostle Michael Orokpo said “entering that nation was a risk at the highest order, from the airport there was a full interrogation by the police and other forces. They searched all I had, made phone calls, they had to send in a Christian police officer to intervene because I was to be arrested at the airport on arrival because my passport carried clergy.”

“The crusade we organized were in different locations, but we were only allowed to do one crusade per location. Because if you do a crusade today and tomorrow, you are coming back to meet bloodshed.”

He said it was a hit and run experience, everything was going fast and was quick in order to make sure there was no chaos in the land.

“when we organized the crusade, we came to a location and then we set out over 20 to 30 buses to bring people from other locations.

“We wanted to have two crusades in one location, but the police threatened the pastor that he would be charged to court immediately. So we had to do a hit and run crusade In 5 different locations,” Orokpo said.

The pastor had to organize a way to bring people from different locations because they needed them to have liberty by accepting Jesus. He stated  how they had to pay the police large sum of money to have 24 hours security.

“When I went to give alms to the poor, there were police officers with different weapon to ensure safety,” he said.

The pastor of the church, who invited Michael Orokpo was also imprisoned for 8 months and was released few months ago before the crusade in Pakistan.

The pastor also had to sell many of his properties for this crusade because he knew what was at state in the land. So he sold his cars and other things to make sure he had enough money to settle and make sure there was maximum protection in the crusade ground and his house.

Apostle Orokpo said Christian must rise to the level of power, saying that the evil in our world today would only require Christians with power to win.

The clergy man also also talked about how evil and dark this world is and as a Christian you would need power to operate in this world. 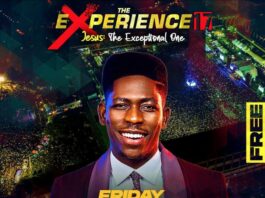 Moses Bliss, Mr M & Revelation Set To Debut At “The... 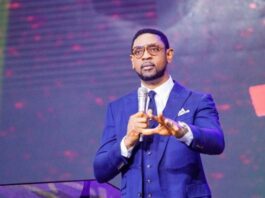